As it turns out, the problem of comparing two ranked lists is already known and quite popular. A very interesting paper on the topic is “A Similarity Measure for Indefinite Rankings“.  Not only the literature review is very informative, but even the suggested approach seems to be comprehensive. Below is a brief summary of the paper. Also, I have put together an implementation of rank biased overlap (RBO) that is mentioned in the above linked paper.

There are broadly two different approaches to compare ranked lists: (1) Rank Correlation and (2) Set Based Measure.

There are however certain challenges with all the rank correlation based measures. Often referred as dis-jointness problem, one of the challenges is what happens if an item is present only in one of the list. In this case there is no way to calculate number of concordant or discordant pairs unless you make certain assumptions about the missing item. There are number of extensions of Kendall Tau that make certain assumptions to deal with the above dis-jointness problem. For instance, a common approach is to assume that the missing item is at the bottom of the list.

Another problem, known as top-weighteness, with the Kendall Tau is that the rank position of an item has no effect on the final similarity score. For instance, consider three lists:
A: [a, b, c, d, e]
B: [b, a, c, d, e]
C: [a, b, c, e, d]
As compared to list A, both list B and C switch one item pair (items a and b are switched in B and items e and d are switched in list C), but at different rank positions. However, both have get the same Kendall Tau score of 0.8. However, in some cases (such as search engine), the top ranking items are more important as compared to lower ranking items. Hence, it is expected to give lower score to a list that switches item position at a higher rank position (List B) as compared to a list that switches items at a lower ranked position (List C).

. Thus, using geometric series, RBO is able to bound the unbounded average overlap score for indefinite rank position. However, another advantage of using geometric series in RBO. Since the values in geometric series decreases with the increasing depth, it allows RBO to explicitly model user’s behavior i.e. the likelihood of going from a given rank position i to i+1. This is the crux of RBO but if you read the above paper then you will many more things such as how to extend the idea to lists that are of different lengths, etc.

I love learning, teaching (sometimes to machines), and sharing things I am learning. This blog mostly captures my thoughts, ideas, or concepts I discovered or learned as I work on various projects related to machine learning, big data processing and statistics. View all posts by Ritesh Agrawal

This site uses Akismet to reduce spam. Learn how your comment data is processed. 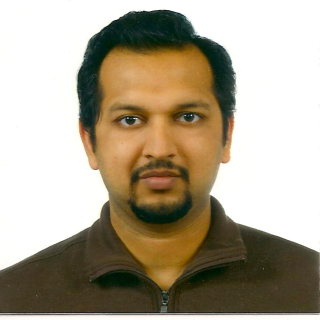 I love learning, teaching (sometimes to machines), and sharing things I am learning. This blog mostly captures my thoughts, ideas, or concepts I discovered or learned as I work on various projects related to machine learning, big data processing and statistics.